The Far-Reaching Impact of the Student Debt Crisis - Scholarship America

The Far-Reaching Impact of the Student Debt Crisis

1.7 trillion dollars. That’s a massive number. To put this figure into perspective, it’s larger than the gross domestic product of all but 11 countries. No company in the Fortune 500 produces even 1/3 that much in annual revenue. It’s enough to buy the Yankees, Lakers, Cowboys and Real Madrid — 90 times over.

And it’s how much America’s college graduates owed on their student loans at the beginning of 2022. 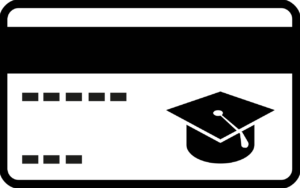 ay that student loan debt is a crisis is an understatement. According to the most recent figures, more than half of college graduates leave school with loan debt. As of 2005, their average debt level was around $17,000. But, less than two decades later, that figure had climbed near $30,000, directly impacting 48 million student borrowers and creating a trillion-dollar problem that affects just about everyone in the nation—even after the Biden administration’s announcement of targeted student loan forgiveness.

The impact of that plan, which forgives $10,000 in debt for those earning less than $125,000/year, and $20,000 for those who were eligible for Pell Grants, is still being calculated. But even if the highest estimates are correct and the plan forgives around $300 billion, Americans are still on the hook for $1.4 trillion in debt.

Overall, we know that students from low-income backgrounds still face the greatest struggle when it comes to earning college degrees. Unstable home lives, lower-quality high schools and other frequent corollaries of low-income neighborhoods present plenty of obstacles even before loan debt becomes an issue.

For students from middle-class backgrounds, the road to a degree seems easier. Their families often have money saved; their schools and support systems tend to prepare them well for the next step. Nevertheless, finances are still a roadblock, and middle-class students actually shoulder more student loan debt than anyone after graduating. According to Dartmouth sociology professor Jason Houle’s study,

“’Children from middle-income families make too much money to qualify for student aid packages, but they do not have the financial means to cover the costs of college’ … The study found that students from families earning between $40,000 to $59,000 per year racked up 60 percent more debt than lower-income students and 280 percent more than their peers whose families earned between $100,000 and $149,000 per year. A similar trend held for more affluent middle-income families earning up to $99,000 annually.”

Loan Debt Is an Economic Drag

When graduates who are looking for their first post-college job are already $30,000 in debt, the negative effect on the economy is considerable. 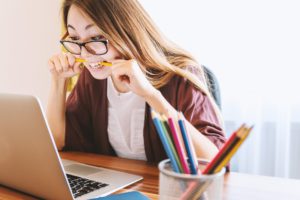 Despite their qualifications, grads often have to settle for lower-paying, lower-skill jobs just so they can start paying their loan bills right away. As a result, graduates in debt often miss out on the benefits that come with a degree. According to a CNBC report, “85 percent of student loan borrowers say difficulty in saving has delayed their ability to buy a house,” and other research indicates that “Those with student loan debt also are less likely to have taken out car loans. They have worse credit scores. They appear to be more likely to be living with their parents.”

Defaults and delinquencies are also more common with student loan debt than just about any other kind. While credit card default rates have dropped under 10 percent thanks to stricter borrowing guidelines, the rate of student loans in “serious delinquency” has gone up to 11.5 percent. What’s worse, according to Rohit Chopra of the Consumer Financial Protection Bureau, is that many of these borrowers aren’t even graduating. “This [statistic] suggests that borrowers who default are overwhelmingly noncompleters … These borrowers take on some debt but do not benefit from the wage increase associated with a degree.”

Last but not least, the prospect of such overwhelming debt is making an increasing number of students, especially low-income students, think twice about attending college at all — a decision that will compound the already-impending shortage of educated employees facing the U.S. workforce.

What Can We Do?

Between the pandemic-related payment freeze and the targeted forgiveness of debt, it’s clear that both the public and private sectors recognize the scope of the student loan debt crisis. A wide variety of policy solutions are in progress, including changes to the Income-Driven Repayment and Public Service Loan Forgiveness plans that should reduce both monthly payments and repayment commitments.

On the state level, five states have now passed legislation eliminating the practice of scholarship displacement, making it illegal to reduce students’ financial aid packages when they earn outside scholarships, and ensuring that their public colleges and universities help students maximize their scholarship dollars.

More broadly, federal law over the past decade has required colleges to provide increasingly deeper and more transparent information about the cost of attendance, the likelihood of loan debt and the career prospects of graduates—an important step in helping students make informed decisions about their college investment.

Even with loan forgiveness, students are still facing a gap: 73% of students pursuing bachelor’s degrees have an average “unmet need” of more than $9,000. As we continue to address the student loan debt crisis and its impacts, it’s more crucial than ever to ensure that families are aware of all of their funding options.