If you’re reading this post, chances are good that paying for school is on your mind a lot. You’ve filled out forms, talked with advisers and searched for scholarship opportunities, and so you’ve seen how overwhelming it can be. And, at some point, someone probably tried to reassure you with this: “Aw, heck, there’re all kinds of scholarships out there. You can win a scholarship just for being left-handed. And I heard that there are a ton of scholarships that no one even claims!”

The idea that you can earn scholarships without even trying does seem reassuring. But these scholarship myths don’t tell the full story, and putting too much stock in them can cost you.

Myth Number One: The Left-Handed Scholarship (and its close cousin, the Klingon)

Before we do too much debunking, it’s important to know that your friend isn’t all wrong: there once was a scholarship program just for left-handed people: the Frederick and Mary F. Beckley Left-Handed Scholarship. And there are also scholarships out there whose criteria include being tall, knowing Klingon or having the last name “Van Valkenburg.” Upon a quick skim, it does seem like the financial aid world is full of free money for just about any reason.

But it’s important to look beyond the goofy criteria. Even when it was being awarded, the Beckley Scholarship wasn’t open to just any lefty. Established with a bequest from two left-handed tennis players who met and married at Pennsylvania’s Juniata College, the award was available only to students at their alma mater — and in addition to being lefties at this small school, recipients had to demonstrate financial need and academic success.

The same is true for other scholarships of this nature: Van Valkenburgs compete in an essay contest about their heritage; Klingon speakers have to show an academic interest in language, not just watch Star Trek a bunch.

What’s more, this lesson also applies to broader demographically-based scholarships. Organizations like the United Negro College Fund, Hispanic Scholarship Fund and American Association of University Women are out there to serve specific populations — but they’re looking for more than just a demographic fit. And while many scholarships are designed for those who identify with certain races, ethnic backgrounds, gender identities or other characteristics, that’s rarely all there is to them. As you search, make sure to take a close look at all of the criteria, not just the basics.

Speaking of scholarship criteria, they also feed into the other big scholarship myth: that there are thousands of unclaimed scholarships out there for the taking.

The reality is much different. In 2020, American students used scholarships and grants more than any other source of funding except parent contributions — and any of Scholarship America’s program managers and evaluators can attest to the vast number of applications for even the smallest awards.

How did this myth start? No one’s exactly sure, but it seems most likely that a few stories of cash-rich colleges and a few anecdotes about restrictive scholarship requirements snowballed into conventional wisdom. And it’s even more certain that scholarship scammers helped spread the myth, offering to “find millions in unclaimed awards,” for a fee. (Here’s a good breakdown of the whole story.)

That said, there are a couple kernels of truth to this one. With college costs continuing to rise, some students find that what they’ve earned in scholarship awards is not enough to cover their costs, and they need to defer or decline the money because they won’t be attending school. And sometimes, local and department scholarship funders often have very specific preferences for certain awards; if there aren’t any applicants that meet all of them, they’ll find a recipient who comes close. In rare cases, they may hold onto the funds for another year, but that’s an exception, not a million-dollar trend.

Two things you can do to increase the scholarship odds

To help, there are two big things you can do. As with the left-handed scholarships, one is to go through the fine print of scholarship applications well before they’re due. That way, if you discover that that $5,000 academic scholarship gives preference to bassoon players with lots of volunteer hours, it’s not too late for your student to step up their community service (or take bassoon lessons).

And the other is to look at the big picture: figure out you or your family’s Expected Family Contribution by filling out the FAFSA as soon as you can, and see what kind of awards will make the next year of college possible. Then, make sure you know the deferment and re-application policy for their scholarships — if next year’s a question mark, focus first and foremost on bigger awards and those that can be deferred.

The idea of scholarship money for nothing is tempting — and not quite true. But by knowing the truth behind the myths of unclaimed money and left-handed scholarships, you’ll be prepared to make the most of scholarship season. 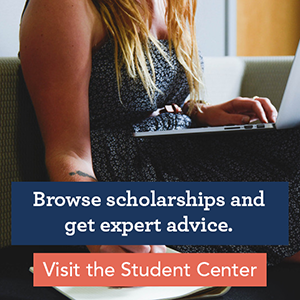