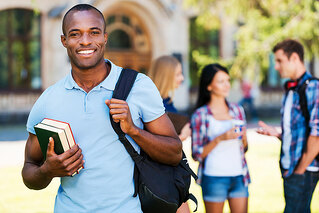 As a recent report from Georgetown University’s Center for Education and the Workforce outlines, it’s gotten more difficult, but not impossible, to find Good Jobs that Pay Without a BA. In 1991, 40 percent of good jobs* were held by those with bachelor’s degrees; that percentage increased to 55 percent in 2015. As the report’s co-author, Anthony Carnevale, told Inside Higher Ed, a bachelor’s degree remains the “gold standard” for finding good jobs.

Despite that increase, there are still 30 million good jobs available for those without a four-year degree. That means it’s entirely possible to make a good living without graduating from a traditional college—and a growing share of those jobs are accessible to holders of associate’s degrees. Let’s take a closer look at the Good Jobs that Pay Without a BA study to see why.

A Good Job Without a BA Might Be Two Years Away

Until the 1990s, manufacturing and other goods-producing jobs were the best-paying, most viable employment options for those who didn’t attend college. However, since 1991, those jobs have seen the sharpest decline; automation, offshoring and a changing economy have meant the loss of 2.5 million non-BA good jobs in the manufacturing sector. (That’s nearly all of the non-BA good jobs lost in the last 25 years.)

In spite of that loss, good blue-collar jobs are still available—16 million, including five million in manufacturing and another three million in transportation and utilities. What’s more, the study reports that “the healthcare services, financial services, and education services industries have added [nearly four million jobs] as the share of income spent by American consumers on food, clothing, and other basic items has shifted toward healthcare, education, and other services.” This increase in skilled-services jobs has more than offset the loss of manufacturing work, providing more than 13 million good jobs to those without a BA.

As the skilled-service sector grows and the manufacturing sector becomes more technology-driven, both are starting to require employees with more formal training beyond high school. And that means a two-year degree is an increasingly sound investment. According to the study, “Associate’s degree holders have gained the most good jobs in both blue-collar and skilled-services industries”—more than 3.2 million positions, representing an 83 percent increase since 1991. With shares of good jobs for high school graduates and college dropouts declining, associate’s degree holders are the fastest growing segment of the workforce without a bachelor’s degree.

Degree Completion Without The Debt

Getting an associate’s degree isn’t a magic guarantee of a good job, of course. According to Inside Higher Ed, bachelor’s degree holders still face somewhat better prospects.

“Field of study gets more and more important as you go more sub-baccalaureate,” he said.

That said, the choice to go to a two-year school can pay off in a number of ways. As we’ve seen, students who major in those skilled-service fields have the inside track on a growing number of good jobs. Their degree is also one of the best bargains in higher education. As reported in this Money article, “[t]he average net annual cost of a community college education—for tuition, fees, room and board, minus financial aid—is just under $6,000, according to the College Board. The average undergraduate at a four-year public college pays twice that amount out of pocket.”

That article also discusses the importance of major, and the upshot is the same: a two-year associate’s degree in the right field can result in a good job, with an out-of-pocket cost that’s $20,000 less than a public-school bachelor’s. Cutting costs so profoundly means community college students are less likely to face mountains of student loan debt—and many use that financial flexibility to pursue four-year and advanced degrees as their career develops.

The American workforce of 2017 looks profoundly different from the way it did in 1990. Higher education is increasingly important, and will only become more so. But that no longer means that a bachelor’s degree is the only way to a good job. For more and more students, a two-year degree is a smart, budget-friendly investment in the future.