What Students Can Expect from the Biden White House - Scholarship America

What Students Can Expect from the Biden White House

After an extremely tumultuous election season, the dust is beginning to settle. And while the final makeup of the U.S. Senate is yet to be determined, the election of Joe Biden is a sign that the world of higher education will undergo some significant changes from the last four years. Here’s our early look at what students, parents and scholarship supporters are likely to see starting in January.

Most federal student loan repayments have been suspended by executive order from President Trump though the end of 2020. As Robert Kelchen reported in The Chronicle of Higher Education, “The higher-education lobby is pushing for Secretary DeVos to continue suspending payments through September 2021 or until the unemployment rate stays below 8 percent for three months. I expect the Biden administration to support that plan, which means borrowers will go at least 18 months without making any payments.”

Congress is also likely to consider additional COVID-19 legislation before the end of 2020. If a bill is enacted, it may include some tax relief for students receiving certain types of financial aid, such as emergency grants. 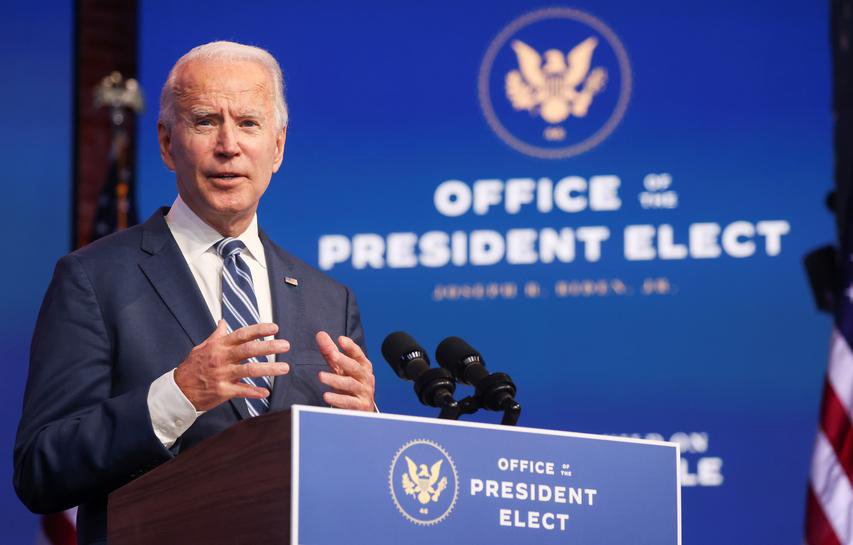 The Biden Campaign included a student-loan debt forgiveness plan in its platform. If implemented, the plan would:

Some experts are encouraging more aggressive loan forgiveness as a form of economic stimulus, but it’s unclear yet how much traction these plans have gotten. For students and families with loan debt, it’s worth paying close attention.

A Very Different Department of Education

Outgoing Education Secretary Betsy DeVos has been a polarizing figure, seen by some as a reformer and others as a threat to public education. Whoever replaces DeVos in Biden’s cabinet will likely be a more traditional higher-education figure, and we anticipate that many of the executive orders and DoE guidance of the last four years will be rolled back or modified.

These are likely to include: the recent changes to Title IX sexual-assault and sexual-harassment reporting; the executive orders on “free inquiry” and diversity training; and reinstatement of the “gainful employment” regulation on for-profit colleges.

The Trump administration’s stringent approach to immigration policy led to a number of regulations and executive orders impacting immigrant students. Most, including the attempt to cancel the Deferred Action for Childhood Arrivals (DACA) program, were rejected by the courts, but the ongoing efforts contributed to a decrease in international student populations.

Under a Biden administration, we expect the DACA Program will be fully reinstated – though cost may be an issue for these students, with federal aid unavailable and colleges feeling a financial crunch thanks to COVID. We anticipate that private scholarships will be more important than ever for immigrant and international students.

The Obama years featured a significant push toward making two years of community college education free. To date, 17 states have implemented free-tuition plans of some kind, but no federal program has come to fruition. A Biden administration will expand on President Obama’s efforts by proposing to make public community colleges and four-year institutions tuition-free in many circumstances.

President-elect Biden is also proposing to double the maximum Pell Grant award, which would be central to making any tuition-free plan a reality.

Given the ongoing polarization of the federal government, it’s unlikely that we’ll see such an ambitious plan earn enough support to pass, but the Biden team has proposed a model for it.

As reported by Anthony P. Carnevale of Georgetown University’s Center for Education and the Workforce (CEW): “[A]ll community-college students would be eligible, [while] students at four-year publics would need to be from families with annual incomes below $125,000 (roughly 80 percent of in-state undergraduate students at four-year publics would qualify). State governments would share the costs of this program, with the federal government contributing $2 for every $1 contributed by a state.”

CEW has published a policy analysis with more details, and it’s a valuable background document for all students and advocates to check out.

When it comes to two-year colleges, the Biden agenda included expanding student aid eligibilities so funds can be used beyond tuition and fees—a recognition that living expenses are often the largest percentage of total cost for two-year students. It also proposes investing $50 billion into workforce training programs, community-college business partnerships, and apprenticeships.

Status Quo at the State Level

Finally, while the presidency may be changing hands, state elections across the country largely maintained the status quo – so even with potentially major changes on the federal level, your state’s policy toward its public schools may not shift much at all.

We will continue to provide updates; make sure you check out our Advocacy page to learn more about Scholarship America’s work in Washington on behalf of students.